The SU-2 is not only a USB interface, it can also be used as an independent master clock product.

SU-2 is a new architecture USB interface developed by us to replace the original SU-1; PCM sampling rate supports up to PCM 768K, and DSD supports up to DSD1024. Using a large FPGA as the core of the processing, we decentralized some of the FPGA algorithm technology of the flagship interface SU-6 to the SU-2; it's positioning in the mid-to-high-end interface mainly uses the following three unique technologies: 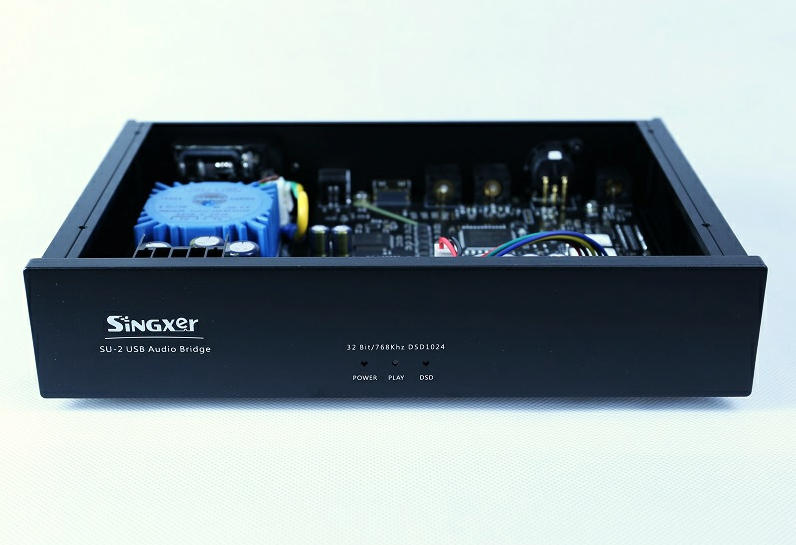 The driver was updated in June 2019. The latest version is V4.67. The latest driver supports DSD1024 and DSD NATIVE modes. 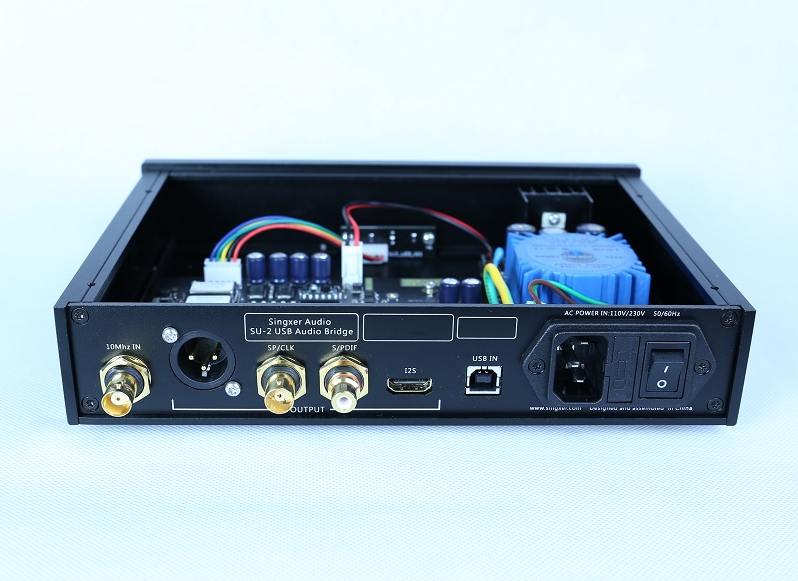 Electrical standards for each interface:
1. The USB input socket is a standard USB-B female socket, and the USB power supply range is 4.5V-5.1V;
2. The RCA interface outputs standard S / PDIF signals with a level of 550mV (connected to a standard load) and an output impedance of 75 ohms;
3. The power input is 115V / 230V AC, and the internally imported transformer is used for power supply. 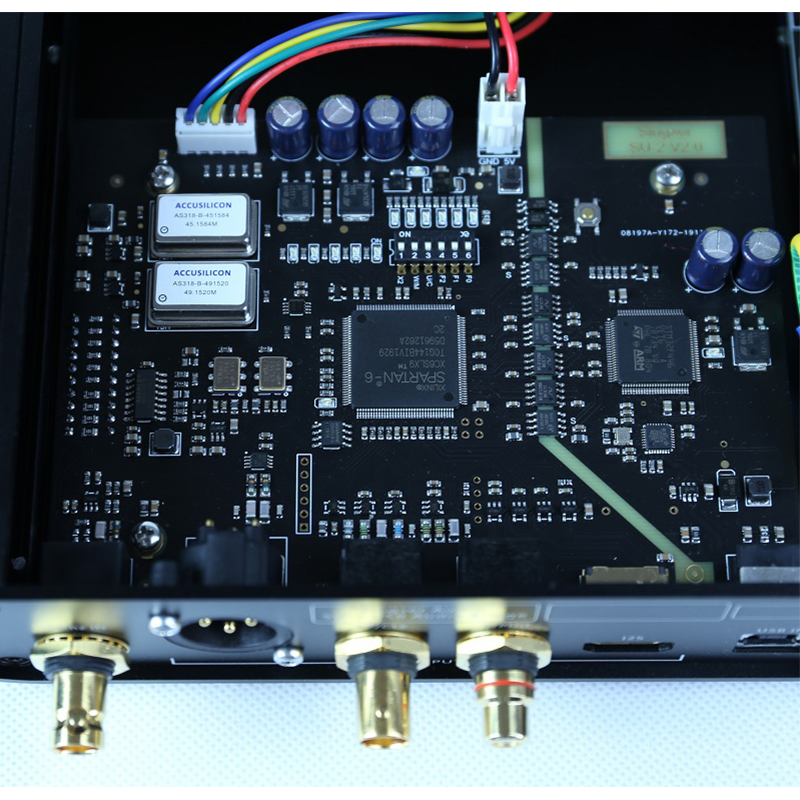 2. The PCB mainboard adopts a 4-layer circuit board design to ensure a complete ground plane and power layer. A high-speed digital design method is used to ensure the signal integrity and power integrity of the entire board. The clock signal is specially processed, and the grounded design and precise impedance control are adopted to ensure the clock signal quality and improve its anti-interference ability. The input and output signals follow the standard design, especially the USB high-speed signals that use 90-ohm differential impedance control.

System compatibility:
1, Windows 7, Windows 8, Windows 10; 32/64 bit, special drivers need to be installed
2, Native MacOS 10.6 and later, using the system's own driver
3.Native Linux with UAC2 compliant kernel, using the system's own driver, (tested on Ubuntu and Daphile systems, based on INTEL X86 platform)
4, Android OS 4.2 and above, the device needs to support the OTG function. Generally speaking, Android 9.0 and above systems are supported by default. It is recommended to use it with specialized players below 9.0.

Flexible I2S and clock output configuration:
1. Switches 1-4 correspond to the PIN13-16 pins of the HDMI socket. Pull to the ON position, it means that the HDMI PIN has the function of DSD_ON.

3. Switch 7 can set the left and right channels in DSD mode in the I2S signal separately.

The SU-2 can be configured via SW switches to suit different I2S standards.
However, as far as we know, HDMI-I2S is different for every manufacturer in the world. For most manufacturers, HDMI-I2S is a proprietary protocol of the manufacturer. Therefore, I'm sorry, SU-2 cannot adapt to all HDMI-I2S machines, so we cannot accept returns due to incompatible I2S interfaces.